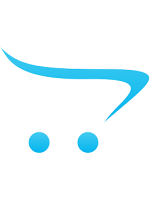 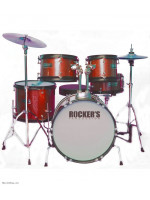 See all products by
CASIO
Free Shipping Check Your Quota

30-DAY MONEY BACK GUARANTEE (only valid for online orders):
The buyer has the right to return the products within 30 days. The products must be in original condition, unused and in original packaging. The shipping costs are not refundable and are paid for by the buyer. The products may be changed for other goods, or the money is refunded to the buyer.
Refund does not apply to:
- sound, video and software media (DVD, video, CD) with stripped welded packaging
- sheet music
- used strings, reeds, mouthpieces etc.
- any other items which have visible marks of usage
For returned items, that have visible marks of usage or have damaged original packaging we reserve the right to adequate usage charge.

Companies with creditworthiness rating achieve above-average results and meet the criteria for reduced probability that they would experience any of the following events in the next twelve months:

Certification has become an established practice in the international environment and a method for entities to further consolidate their reputation and trust in domestic and foreign business environment. The holders of a certificate thus gain additional trust of their business partners.

On the 15th anniversary of the Privia release, Casio went back to the original Privia concept of a “Private Piano” that people could enjoy playing in their own rooms. The result was the PX-S1000, which was released in February this year and features a slim, stylish body that differentiates it from conventional digital pianos while still reproducing the beautiful sound and natural playing feel of a grand piano. The PX-S1000 has been very warmly welcomed due to its advanced design as well as Bluetooth® audio playback and other functions that complement today’s lifestyles.

For the PX-S1000RD, Casio uses a brilliant red befitting the 15th anniversary celebration. A single high-brightness, high-saturation red covers the entire body, creating a strong presence not only in a room but also on a stage, unlike the black PX-S1000BK and the white PX-S1000WE, which are designed to blend in with the room.

The new piano is even more than a fine musical instrument. It accents the interior design of any home and can also be used as a Bluetooth speaker for music played from an external device.

Main Features of the PX-S1000RD

By making full use of the digital technologies Casio has developed over the years, the new Privia offers a high-quality keyboard touch and an elegant sound, but in a 20% slimmer (depth from front to back) body than the previous model (PX-160). The operating panel also employs a touch sensor, delivering a simple yet advanced button-less design.

The note off timing based on the keys’ movements when the fingers release from the key is digitally controlled. When the same note is struck repeatedly, the next tone sounds firmly even if the key has not completely come back up after being struck.

This sound source seamlessly reproduces the natural changes in tone from the moment a note sounds, through its beautiful sustain, until it finally vanishes away, including changes in both volume and timbre. In addition, it reproduces the reverberations, characteristic of the piano, which occur with the passage of time as the sound dies away, resulting in even richer sounding piano sustain.

The PX-S1000RD model achieves a realistic feel of the timbre of a grand piano by reproducing the resonance of strings with frequencies closely associated with those being played as well as the resonance that occurs when strings are released by depressing the damper pedal. This feature also reproduces the sounds of a grand piano’s action that occur when playing a pianissimo note, and when releasing a key.

The user can listen to their favorite songs played through the speakers of the PX-S1000RD model, and listen with the surround effect to enjoy the feeling of a live performance in their home.

Users can connect the PX-S1000RD to a smartphone or tablet and intuitively operate various piano settings from the app screen, for example, to change the tone or play preset songs.