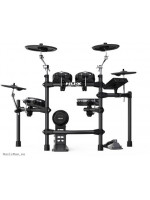 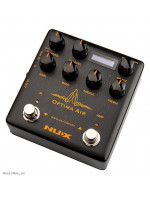 We've all experienced digital pre-effect pedals that belong on the Wall of Shame - especially Overdrive.

Modelers of this kind used the linear algorithm which doesn't provide negative-feedback for dynamic playability.

Enter the NUX MG-300, the modeler that will totally blow your mind!

The pre-effect block beautifully recreates the awesome signature sound of real analog overdrive / distortion pedals
What is the most important component in an Amp Modeler?

In 2010 NUX introduced TSAC (True Simulation fo Analog Circuit) with the sole intention of bringing Amp Modeling to a whole new level. The DSP industry has been evolving at breakneck speed, and keeping up can be a challenge. We were impressed that a product like the Fractal® AX-FX had the foresight to use a high-definition TSAC (white-box) algorithm to do its Amp Modeling. So we took note and started development on an affordable modeler with TSAC-HD.
The concept of "Chaos makes the muse" perfectly applies to the analogue circuit. When you tweak the knob, it affects itself as well as other parameters. For a linear digital system, the parameter is independent. The white-box algorithm offers real negative-feedback, increment-by-increment. NUX TSAC-HD replicates the same playability most guitarists prefer in a real tube amplifier.

Building a sky-high priced product is easy. The art of building an affordable product is a real challenge. We priced the MG-300, with a straightforward high-performance algorithm to not only fit this specific DSP platform, but dominate the multi-efx platform in general.

NUX is well-known for Impulse Response technology. Using IR is the most popular way to do cab simulation today. Why ? Because the sound is noticeably more realistic compared to traditional cab simulation.